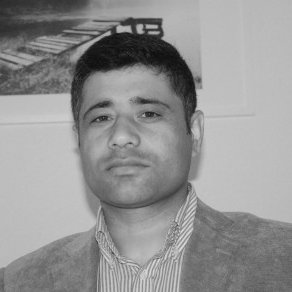 
Sprechzeiten: By appointment via E-mail.

Dr. Sher Baz Khan is currently a postdoc fellow at the Erich Brost Institute for International Journalism, TU Dortmund. He recently served as an assistant professor at the Media Studies Department of Pakistan’s Bahria University, teaching and supervising research in Peace Journalism, War and Media, and Digital Media and Society. Earlier, Mr. Khan worked as a staff reporter for more than nine years (2001-2010) with DAWN, Pakistan’s oldest English language newspaper, based in Islamabad covering political economy, refugees, and terrorism. He did his PhD as a DAAD scholar in War and Media at Jacobs University Bremen (2010-2015). Since then he has taught and evaluated student’s research at various universities including the Otto von Guericke University, Magdeburg, and TU Ilmenau.